The research field “Gasification & Innovative Energy Conversion Processes” deals with flexible processes allowing for the production of electricity and chemicals on the basis of renewable raw materials, such as biomass or municipal waste. Through this, a sustainable supply of energy, base chemicals and fuels is guaranteed in the future.

In light of the urgent need for action in terms of the reduction of CO2 emissions, the question how a socially acceptable and at the same time sustainable turning point in the energy and transport sector can be initiated, poses itself. Here, the gasification of substitute fuels, such as biomass or waste, combined with downstream purification and utilization of the formed products, offers an auspicious and flexible route to alleviate this problem.

Subsequent to the treatment of the raw gas formed during the gasification step, the purified syngas can either be combusted in a highly efficient combined cycle process (IGCC) for power generation or can be converted to valuable base chemicals such as methanol or end products such as fuels via different synthesis routes. Through this, the integration of renewables into the electricity grid is further promoted, as the resulting plant can flexibly switch from material use to electricity production in times where the availability of wind and solar power is low. On the other hand, the plant can switch back to the production of chemicals, in case of a high availability of renewable electricity, allowing for high plant utilization factors, which translate into an economical operation of the so called polygeneration facility. Moreover, the dynamic of IGCC plants is much higher than for conventional steam power plants, which makes them ideal candidates for the production of peak load electricity. When using waste or biomass as the fuel, CO2-neutral products such as biomethanol or biofuel can be synthesized. Furthermore, the excess carbon dioxide formed during the process can be captured and either stored geologically or used further. One option for the latter approach is the production of methanol from CO2 and hydrogen, produced with excess electricity through electrolysis. Thereby, this approach offers the possibility to holistically de-carbonize the energy sector beyond electricity production alone, by closing the carbon cycle, while at the same time facilitating a deeper integration of volatile renewable energy carriers.

The EST covers the topic of polygeneration and synthesis of base chemicals as well as alternative fuels within multiple research projects. Here, the focus lies upon the conception of the process chain, replacing conventional solid fuels through biomass and solid waste, as well as the experimental validation of the developed processes in semi industrial scale using the 1 MWₜₕ pilot plant.

Production of bio fuels by means of an innovative gasification process

Co-gasification of waste and lignite for fuel synthesis

Development of a plant concept for polygeneration 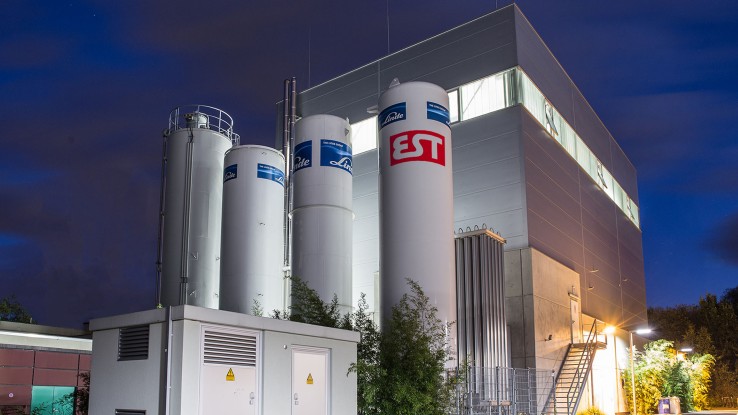